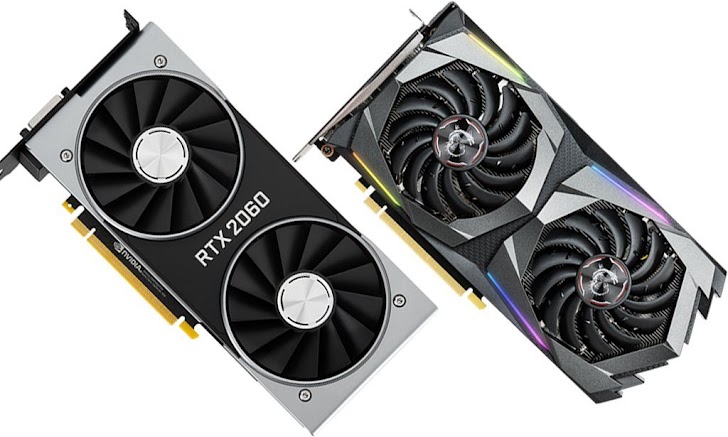 The Nvidia GTX 1660 Ti and RTX 2060 are both good gaming graphics cards, but which should you pick, and is it worth upgrading 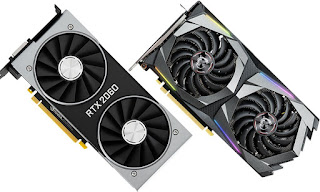 The Nvidia GTX 1660 Ti and RTX 2060 are both good gaming graphics cards, but which should you pick, and is it worth upgrading? In this article we’ll test out and compare 16 different games at 1080p, 1440p and 4K resolutions to help you see the performance difference between them, and find out which is better value for the price.

Let’s quickly take a look at how the GTX 1660 Ti and RTX 2060 actually differ in terms of specs, note that things like clock speed and power will vary between specific cards, these are just the reference specs for each model.

For the testing I’m using the MSI GTX 1660 Ti Gaming X and the Gigabyte RTX 2060 Windforce OC, so both cards are factory overclocked a bit out of the box, which will slightly affect frame rates, so expect slightly different results with different cards.

The system that I’m testing with has an Intel i7-8700K CPU overclocked to 5.0GHz in an MSI Z390 Gaming Pro Carbon motherboard, along with 16GB of T-Force Night Hawk CL16 memory from Team Group running at DDR4-3200 in dual channel. Check the links in the description for details on all of the components as well as for up to date pricing.

The same Windows updates and Nvidia drivers were used for the testing, so let’s get into the results. Let’s kick things off with Apex Legends, which was tested with all settings maxed out.

In all upcoming graphs I’ve got the RTX 2060 shown by the top bar in red, while the GTX 1660 Ti is shown below in purple, while the three different resolutions, 1080p, 1440p and 4K are shown on the left. In all tests in terms of average FPS the 2060 was coming out ahead of the 1660 Ti, however the difference seems to be larger at lower resolutions.

Assassin’s Creed Odyssey was tested with the built in benchmark using high settings, and there’s less of a difference between the two in this game. At 1080p the RTX 2060 was 5% ahead of the GTX 1660 Ti, 6% ahead at 1440p, then 9% ahead at 4K. This game saw one of the smallest differences between the two graphics cards out of all 16 tested.

Battlefield 5 was tested in campaign mode rather than multiplayer, as it’s easier to consistently reproduce the test run. Both cards were providing a playable experience at 1080p and 1440p resolutions, however the RTX 2060 was 15% faster in terms of average FPS at both 1080p and 1440p, and then a massive 30% ahead at 4K, granted it wasn’t really playable at 4K on either card anyway.

Far Cry New Dawn was tested using the built in benchmark with high settings, and there wasn’t too much of a difference between the two here. At 1080p we’re looking at an 8% higher average frame rate with the RTX 2060, then 11% at 1440p and almost 14% at 4K, with even smaller differences seen between 1% low results.

Far Cry 5 was also tested using the built in benchmark with high settings, and this game was seeing higher FPS over the newer Far Cry New Dawn just shown. The improvements were pretty similar though, with the RTX 2060 7% ahead of the GTX 1660 Ti at 1080p, 12% ahead at 1440p, and then also 14% ahead at 4K, with a little more improvement to 1% low this time.

Metro Exodus was tested with the built in benchmark at high settings. The actual game performs a fair bit ahead of this, so this is more of a synthetic test, but it does allow me to accurately compare between the two graphics cards as it performs the same test run on each with very little variance.

With that in mind, in this test at 1080p there was a huge 20% improvement with the RTX 2060 at
1080p and 1440p, and 17% higher at 4K, making this one of the biggest improvements over the 1660 Ti out of all games covered. Shadow of the Tomb Raider was also tested using the built in benchmark with high settings.

Rainbow Six Siege was tested using the built in benchmark at high settings, with a 50% render scale and T-AA in use as these were default with the presets. Interestingly the 1% low results from the RTX 2060 were actually behind the 1660 Ti in this test, but this is the one game I have consistently seen odd performance in since Nvidia’s new Turing cards came out. In average frame rate the 2060 was 8% ahead of the 1660 Ti at 1080p, 13% ahead at 1440p, then 16% higher at 4K.

Overwatch was tested in the practice range as I can easily perform the same test run compared to playing with bots or other players which will differ every time. Both graphics cards were capable of playing this well optimized game at 4K, even with ultra settings in use, and very high frame rates were achieved at lower resolutions, I doubt you'd really notice a difference playing on either. At both 1080p and 1440p the RTX 2060 was giving us 17% higher average FPS over the GTX 1660 Ti, then 16% higher at 4K.

PUBG was tested using the replay feature with the exact same replay at high settings. This was another game where 1440p with good settings was quite playable, but I wouldn’t want to step up higher to 4K with either.

With the resolution set to 1080p or 1440p the RTX 2060 was performing 15% above the GTX 1660
Ti in average FPS, then slightly higher at 17% with 4K. Larger improvements were seen to 1% low at 1080p though, which is arguably more important once high averages are achievable.

Watch Dogs 2 is a resource intensive game and was tested with high settings. In my opinion this one doesn’t need a high frame rate to play, I can get by with a solid 30 FPS, so both cards were actually giving me a playable experience at 4K. At 1080p we’re looking at just a 6% improvement to average FPS, 10% at 1440p, and then 14% at 4K, where the 1% low from the 2060 was now very close to the
average FPS from the 1660 Ti.

The frame rate at 4K with either card wasn’t great, but respectable FPS was possible at 1440p or lower. The Witcher 3 was tested with Hairworks disabled, and was performing very well at 1080p and 1440p, I wouldn’t want to play at high settings with 4K on either card. At 1080p there was a nice improvement of 17% to the average frame rate with the 2060 in use, a 15% boost at 1440p, and then slightly less once more at 4K with a 14% improvement.

Shadow of War was tested using the built in benchmark with high settings, and this was the one game that saw worse performance on the RTX 2060, at least at 1080p and 1440p, it was slightly ahead at 4K but they were very close together.

In terms of overall improvement, over all 16 games tested with a 1080p resolution on average the RTX 2060 was performing 12% better than the GTX 1660 Ti in average FPS. More CPU heavy games like Assassin’s Creed saw a smaller difference, while Shadow of War seems to be the only one that prefers the 1660 Ti for some reason.

The average frame rate difference typically improves further as we step up in resolution as we start becoming more GPU bound. Despite seeing the highest improvement in terms of overall average at this resolution, neither of these cards were really able to play 4K well with the high settings I used.

I haven’t tested overclocking here, as results aren’t guaranteed and will vary between hardware based on what overclocks you can get, realistically it generally only makes a couple of FPS difference, but I’ll cover overclocking in the full review videos for each of these cards, so get subscribed for that.

Now for the final difference, the price. I suggest checking updated prices using the links in the description, as prices will change over time.

Given we’re seeing 12% to 14% higher average FPS over all three tested resolutions in these 16 games, I find it hard to suggest the RTX 2060, as the 1660 Ti is better value for the money for the performance that it’s providing.

Considering in most cases I couldn’t tell the difference while playing on either at 1080p or 1440p I’d personally be leaning towards buying a 1660 Ti. From what I’ve seen so far in the few games we have that support it, RTX doesn’t perform all that well on the 2060 anyway, so I wouldn’t be upset to miss out on that feature at this time.

The 1660 Ti is offering a similar experience for less money and is what I’d go for at the moment, maybe if there are some nice RTX price cuts things could change.