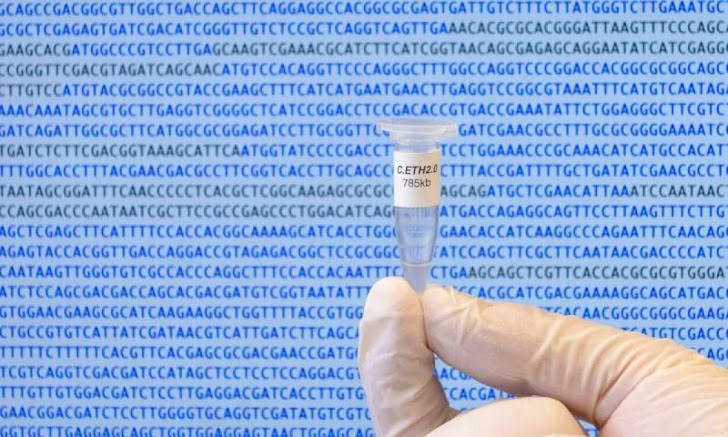 Scientists announced that they’d made the first entirely computer-generated bacterial genome. And, just to be clear, they didn’t actually make the bacterium. 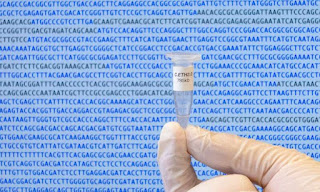 Scientists announced that they’d made the first entirely computer-generated bacterial genome. And, just to be clear, they didn’t actually make the bacterium.

They made a really big piece of DNA shaped like a ring, and they detailed the process in a paper published in the journal Proceedings of the National Academy of Sciences. Still, it’s a big step forward for the field of synthetic biology and it demonstrates just how far genetics
technologies have progressed.

The new synthetic genome was based on the genome of the real-life freshwater bacterium, Caulobacter crescentus. So scientists called the fake organism they’d created a genome for Caulobacter ethensis-2.0 Their goal was to make a ring of DNA that would still code for the same proteins as the bacterial genome but with fewer actual nucleotides.

So, to trim things down, they started with only the genes that C. crescentus needs for survival—also called its minimal genome. That narrowed down the DNA strand from around 4000 genes to 676 plus some non-coding and between-gene sequences.

The result was a roughly 785 kilobase genome— but when they tried to synthesize it, they found they couldn’t. That’s because natural genomes have certain patterns of bases and other features that make synthesis really difficult.

So, they rewrote the genome using a computer algorithm they’d created. You see, there are several different letter sequences or codons that code for a particular amino acid so this algorithm replaced over half of the genetic code with synonymous codons.

And they streamlined the genome, too. There are sections of the DNA that code for the same protein but in a different way kind of like a backup and sections that control the process of gene expression, like speeding it up or fine tuning it.

And there are sequences called a that scientists think make proteins but they’re not entirely sure of their function. The algorithm got rid of almost all of those. In all, they changed up over 120,000 nucleotides and removed thousands of features that impede synthesis.

That let them make 3 to 4 kilobase sections of the DNA in the lab and then piece them all together to make the entire 785 kilobase Caulobacter ethensis-2.0 genome.

What’s really impressive about this research, though, is how little time it took relatively speaking. When scientists made the first synthetic genome of a different bacterium 11 years ago, it took them ten years, 20 scientists and 40 million dollars. And while the previous team made an exact copy of a natural genome, this new team changed the genome completely using their computer algorithm.

This genome was made in only one year, with 13 scientists and around 120 thousand dollars. But it turns out only about 81.5 percent of the new genome actually worked.

This is actually kind of a good thing because it showed scientists that some of the genetic elements they’d thought weren’t important are actually essential. From here, the researchers hope to improve
their computer algorithm so their next rewriting effort creates a more functional genome.

By making genomes much shorter and simpler, scientists think they might be able to actually design whole, functional bacteria. And these bacteria could do some pretty useful things, like make molecules that we can use as pharmaceuticals.

But, the ability to artificially make new genomes, however small, could be misused. There’s the ever-looming concern that such work could intentionally or unintentionally make a devastating pathogen
or ecosystem-disrupting microbe.

There are strict regulations in place already that limit the synthesis of known harmful organisms. And, in many countries, biological products that are made to be sold —including genetically modified or synthetic organisms— are regulated by several agencies.

But when it comes to modifying or synthesizing the genomes of otherwise harmless species in the lab, experimenters are mostly guided by standard scientific ethics and practices. That might be ok for now, but the researchers say their success further underscores the need to further discuss how we can best ensure nothing makes it out of a lab that could cause harm.

In other medical news, researchers have found a way to surgically operate without making any cuts or leaving any scars. That means recovery time is essentially zero. And the whole procedure could take around five minutes.

Instead of a scalpel and sutures, this new quote “molecular surgery” technique uses an electric current, small needles and a 3D-printed mold to reshape living tissue. The electric current softens cartilage and makes it moldable. When the current is removed, the cartilage keeps the shape.

You see cartilage as well as other body parts like the front layer of the eye or blood vessels— are made of tiny, stiff fibers of collagen as well as negatively charged proteins and positively charged sodium ions.

The more of these charged particles there are in one particular area, the stiffer the tissue is. The electric current cancels out some of the negatively charged proteins with the help of any water that’s in the tissue.

See, the electricity splits, or hydrolyzes, the water into oxygen and positively charged hydrogen ions, which temporarily cancel out some of the other charges. And less charge overall makes for floppier tissue that you can then mold.

Then, when you take the electric current away, the cancelation effect stops, and the tissue stiffens again. The researchers who pioneered this technique presented it at a meeting of the American
Chemical Society on Tuesday.

They showed how they were able to reshape a rabbit ear from pointing straight up to permanently having a kink in it using it. And they say a similar technique could fix all sorts of health issues, like a deviated septum, where the cartilage dividing the nose is crooked, making breathing more difficult.

They also made a contact lens with electrodes on it that was able to soften the front layer of the eye, the cornea, and change its shape in animal models. That’s great news if you’re a glasses wearer, like me, because it could replace laser eye surgery!

But… it’s not like you can stroll down to your local doctor and get this new kind of surgery right now. The scientists who discovered this technique are looking to commercialize it, but it will have to pass a lot of stringent testing not to mention peer review before it could be made available to the general public.